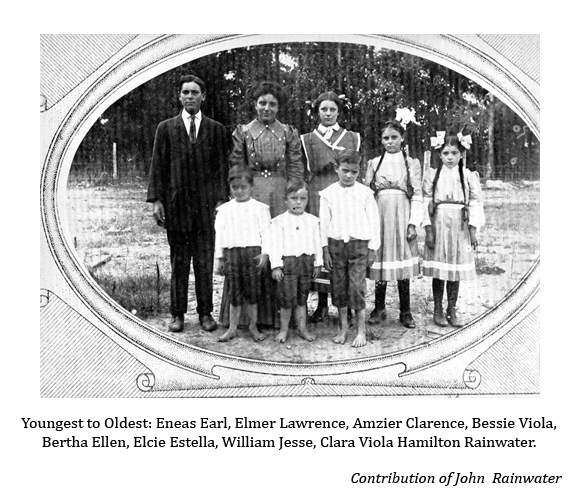 Martin Amzier Rainwater was born c. 1868 in Kentucky to Robert Parks Rainwater and his wife Charity Chappell. He was one of nine siblings born to his mother, and had two step-siblings.

Credits
Thanks to John Rainwater for the contribution of the photo.